Start
Congratulations - you have completed Inappropriate Sentences MCQ Exercise 1. You scored %%SCORE%% out of %%TOTAL%%. Your performance has been rated as %%RATING%%

(I) The Watsons are good with money. (II) Everyone has a different attitude towards money. (III) They are practical people and work to a budget. (IV) This means they never find themselves without money. (V) They even manage to put a little by for the future.

(I) A thousand years ago York was regarded as the capital of the north of England. (II) It was a rich city and well-known beyond Britain. (III) In fact, it was a trading centre of European fame. (IV) It is not so famous nowadays. (V) It came to this position through the hard work and commercial enterprise of Viking settlers.

(I) The famous film director Steven Spielberg has been interested in space ever since he was five when his father took him out one night to watch a meteorite storm. (II) He has always believed that outer space is not a hostile place. (III) Later, at high school, he showed little interest in academic subjects. (IV) Moreover, he feels that the beings inhabiting space have good intentions towards Earth. (V) This belief is demonstrated in one of his major films, E.T.

(I) Insufficient exercise is one of the major factors contributing to obesity. (II) When we eat, we take in calories and if we exercise, we burn them up. (III) When the number of calories we consume exceeds the number we burn up, the excess is stored in the body in the form of fat. (IV) Everybody has different eating habits. (V) People with desk jobs often can't burn up the calories consumed and they put on weight.

(I) Anyone who has seen a gymnastics competition knows the excitement of waiting for the judges' scores. (II) The panel of judges in most sports competitions consisted of seven members from different countries. (III) When the scores finally appear, the crowds usually respond with cheers or groans. (IV) In most cases, the scores of the various judges are very close, and to a casual observer, this similarity may seem surprising. (V) To the judges, however, scoring a gymnastics event is a matter of following the guidelines of the International Gymnastics Federation.

(I) Henry Ford was principally responsible for the design of the Model T car. (II) The first of these appeared in 1908. (Ill) The last one was manufactured in 1927. (IV) Naturally, Ford was often criticised. (V) Between these years, millions of Model T's were sold.

(I) Not all snakes in the world are poisonous. (II) In fact, only one-third of the 2000 known kinds are harmful. (III) The smallest of these is the coral snake. (IV) In India, nearly 100.000 people are bitten by poisonous snakes each year. (V) The most deadly of all is the bushmaster that carries enough poison to kill 100 men.

(I) Language dates back to prehistoric times. (II) The exact date when human beings first communicated through words is unknown. (III) Learning a language is a highly irregular process. (IV) By combining gestures with various noises, people began to associate meaning with sounds. (V) From these associations, a spoken language slowly developed.

(I) The novel "A Farewell to Arms" was written by Ernest Hemingway. (II) He is one of the best known modern American writers. (III) Its principal female character is Catherine Barkley, an English nurse. (IV) She falls in love with Lt. Frederic Henry, a driver in an Italian ambulance unit. (V) Frederic Henry expresses the disillusionment of a great many Americans with war.

(I) James had to be at his office at 9 a.m. because he had an important meeting. (II) In fact, he lives in a large house with his family. (III) But, because of the heavy rain, he couldn't get to the office until 9:40. (IV) He had his reports with him and went directly to the meeting place. (V) On the way, he met one of the secretaries and she told him that, unfortunately, the meeting had been cancelled.

(I) Robert Zimmerman is a musician. (II) He is also a very famous songwriter. (III) In this capacity, he is known as Bob Dylan. (IV) This name reflects his admiration for Dylan Thomas, a Welsh writer. (V) In fact, the amount of literature in Welsh is quite small.

(I) Long ago, on the plateau region of Peru, they discovered potatoes were being grown and used for food. (II) Probably between 1580 and 1585, one traveller brought the first potato to Europe. (III) Perhaps, as the Germans believe, it was first brought to England by Sir Frances Drake. (IV) Potatoes are, unfortunately, subject to disease. (V) Later, it was taken from one European country to another.

(I) Transportation at weekends is a problem of growing importance everywhere in Europe. (II) Although riding a bicycle is economical, it can be dangerous. (III) For example, I used to ride mine to work every day through the heavy traffic. (IV) I found people were either not properly awake or far too tired to drive properly. (V) Several times, I nearly had an accident, so now I go by bus.

(I) One of the ugliest creatures in literature is the monster in the novel "Frankenstein, the Modern Prometheus." (II) This monster has flowing black hair and teeth like pearls. (III) King Kong is another famous monster of fiction. (IV) These fine features form a sharp contrast to his horrible yellow skin. (V) Even uglier, perhaps, are his black lips.

(I) John Randall was quite a famous novelist. (II) The novel "In Spring" was published a year later. (III) When he died, he left a large sum of money to the town where he was born. (IV) The town used the money to build a new library. (V) When it was finished, they called it the Randall Library.

(I) Not all snakes are poisonous. (II) In fact, only about one-third of the 2000 known kinds of snakes are harmful. (III) It is usually those living in the tropical regions that are deadly. (IV) Children are usually less afraid of snakes than most of us. (V) However, there are some which are actually useful to man.

(I) I woke up to find that it had been snowing all night. (II) As I looked out of the window, I was very worried. (III) I wonder how the people in the northern countries cope with the snow. (IV) All the streets were blocked and I began to fear I wouldn’t be able to get to my appointment on time. (V) It was essential that I got there on time.

(I) Potatoes and onions are very expensive this spring. (II) Sir Walter Raleigh first ate potatoes in the New World. (Ill) He liked them and took them back to Ireland. (IV) Potatoes like the soil and climate of Ireland. (V) Soon they were growing everywhere in the country.

(I) Tom had worked late all week. (II) On Friday, too, he wasn't able to leave the office before 8 o'clock. (III) But it was Friday, and for that he was happy. (IV) On Saturday and Sunday, he would rest and enjoy himself. (V) After three months he was used to the work.

Once you are finished, click the button below. Any items you have not completed will be marked incorrect. Get Results
There are 20 questions to complete.
Return
Shaded items are complete.
Return
You have completed
questions
question
Your score is
Correct
Wrong
Partial-Credit
You have not finished your quiz. If you leave this page, your progress will be lost.
Correct Answer
You Selected
Not Attempted
Final Score on Quiz
Attempted Questions Correct
Attempted Questions Wrong
Questions Not Attempted
Total Questions on Quiz
Question Details
Results
Date
Score
Hint
Time allowed
minutes
seconds
Time used
Answer Choice(s) Selected
Question Text
All done
Need more practice!
Keep trying!
Not bad!
Good work!
Perfect! 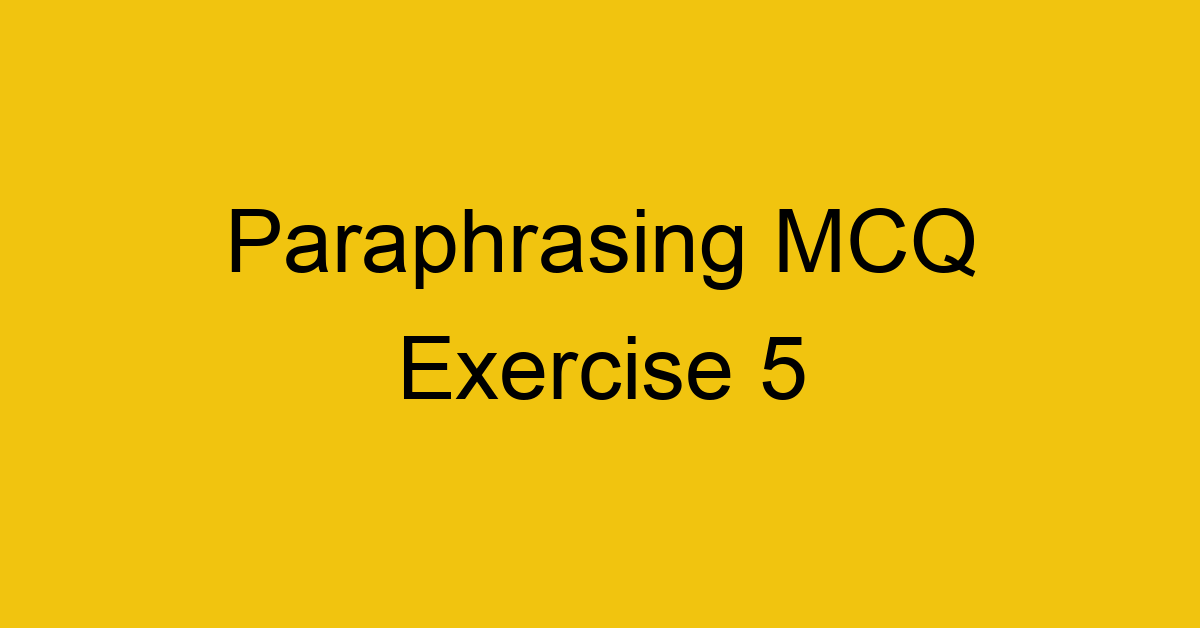 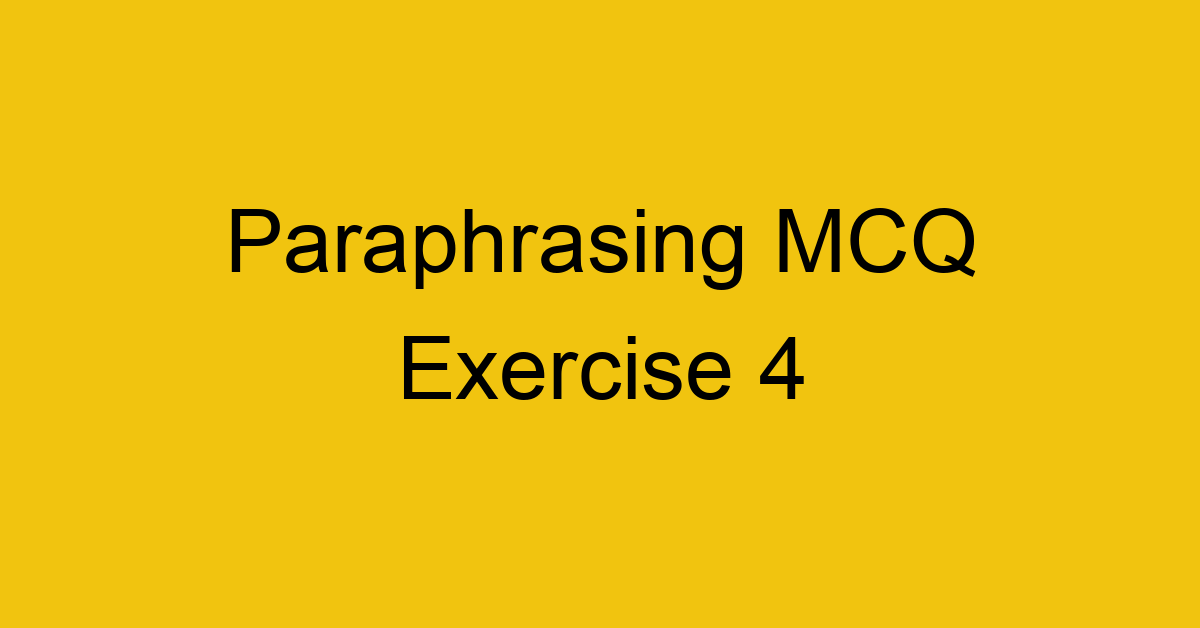 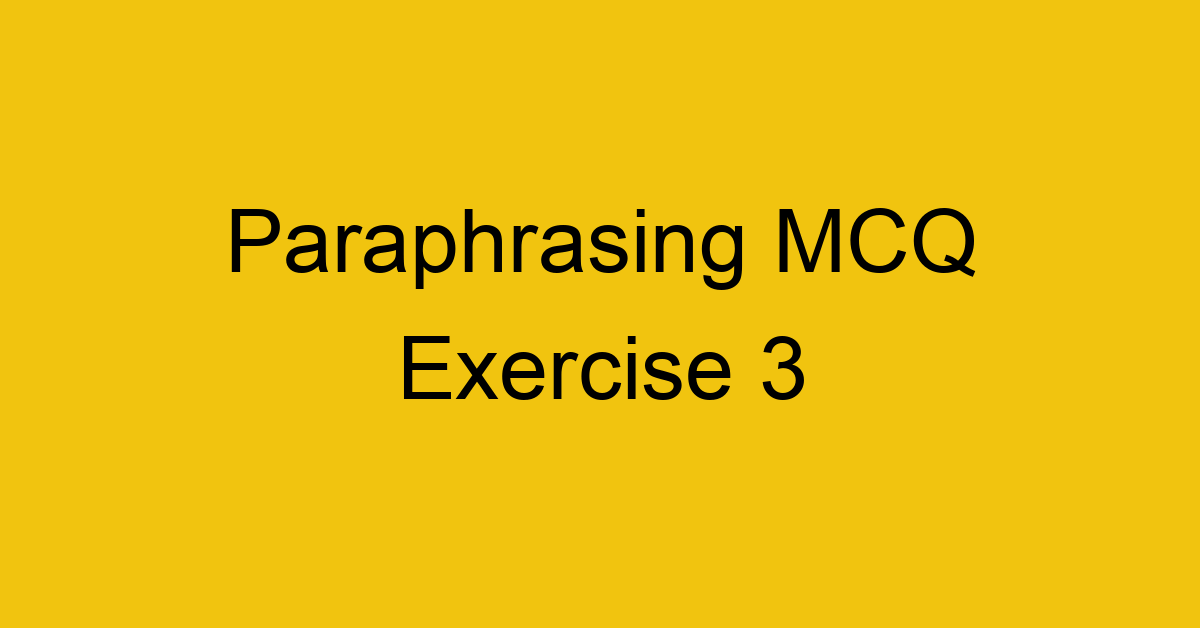 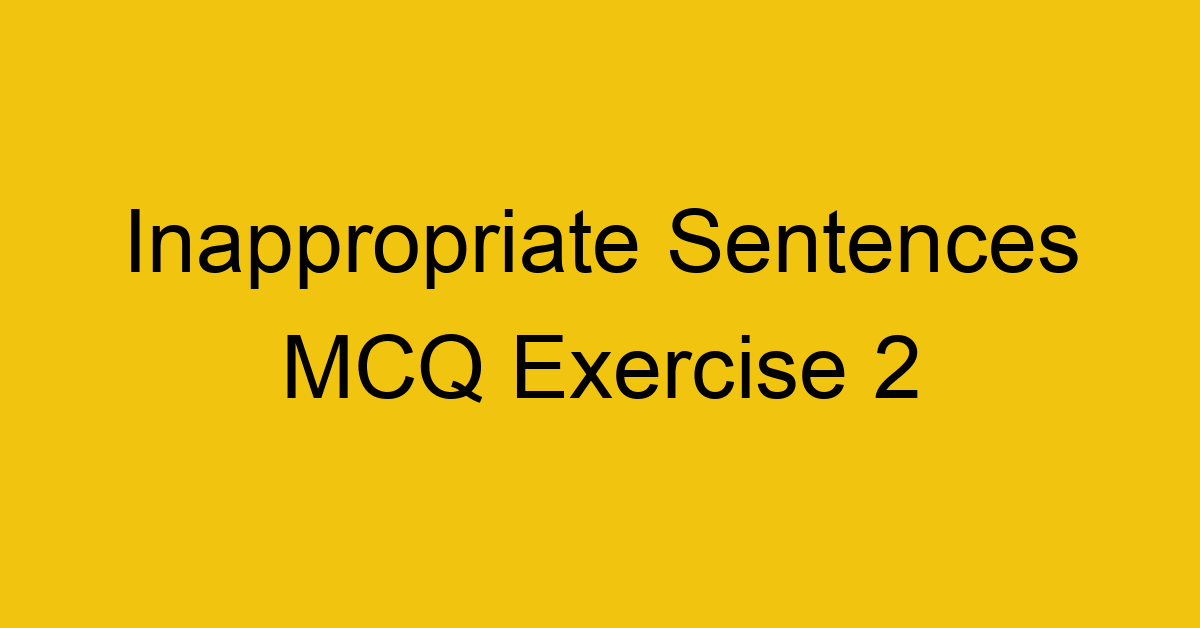 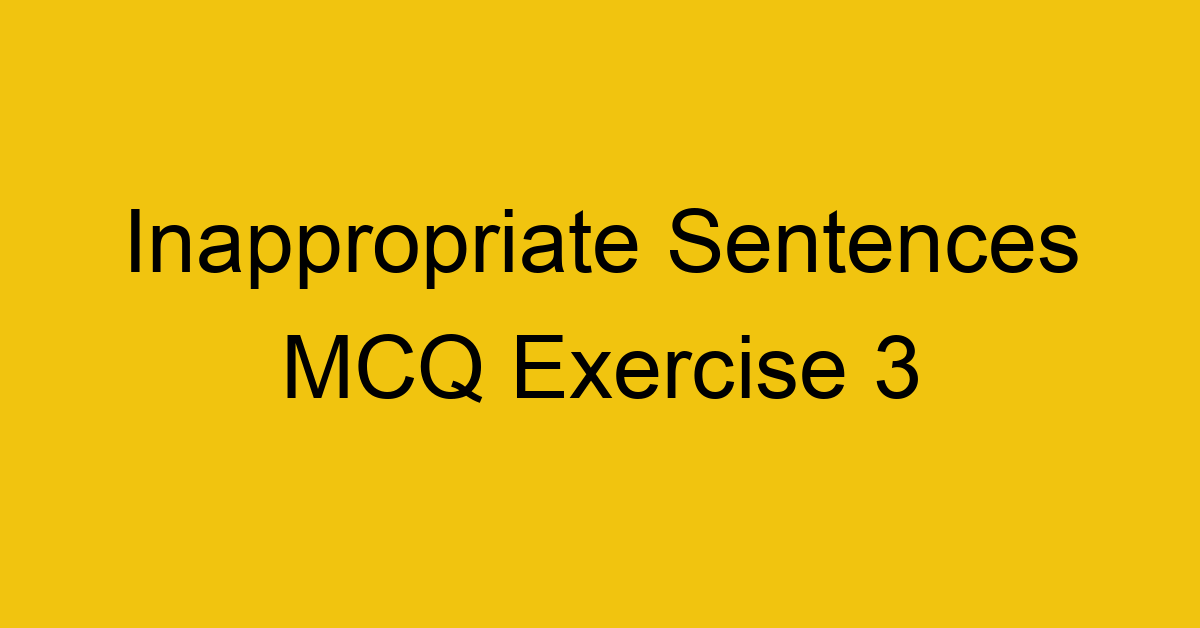 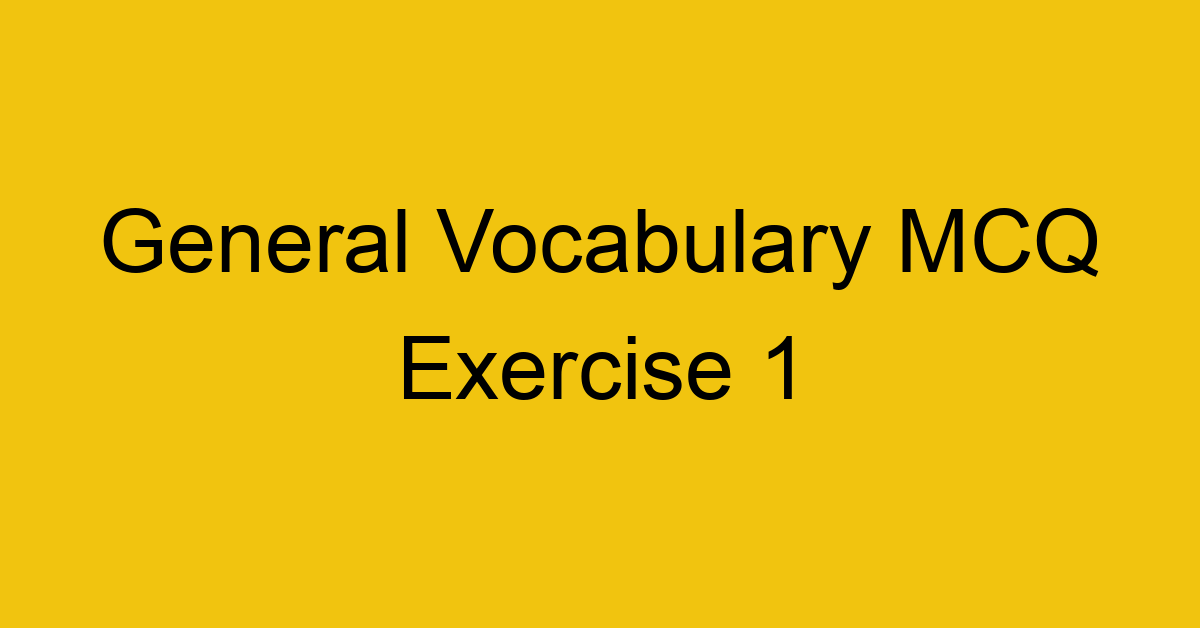